Torcello, is a small island located in the Veneta lagoon, very close to Burano. For me it is a real paradise, a place in the middle of nature, where you can still see some agricultural fields and even olive trees and vineyards.

Its landscape, probably has changed little in the last thousand years and reminds us how Venice could have been during its first centuries of existence.

In fact Torcello is one of the first stable settlements in the lagoon, perhaps the oldest, inhabited already in the time of the Roman Empire.

But it was not until the invasion of the Longobards (Lombards) endangered the nearby city of Altino that its development began.

In fact, in 639 the Esarca of Ravenna, in other words the governor of the Italian territories controlled by the Eastern Roman Empire, decided to move the episcopal seat from Altino to Torcello and ordered the construction of the Basilica of Santa Maria Madre di Dios, today Santa Maria Assunta, in order to protect the comunity.

The new urban center soon became one of the most prosperous in the lagoon, but over time it became less important, as wealth and power gradually shifted to Venice. 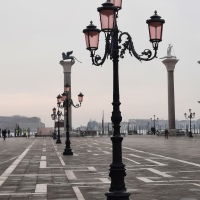 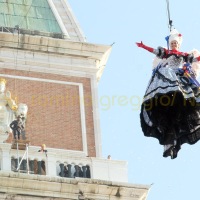