Several years ago, letting us lose ourselves in venice, we found ourselves in the sestiere of Dorsoduro in front of a church different from the other churches of Venezia. It was very simple and its facade was only covered with bricks.

In addition to its simplicity, its name, San Pantalon, caught our attention quite a bit, certainly a strange name for a Saint, because in Spanish it means pants.

As the name had already aroused us curiosity, we decided to enter, and we were very impressed since the ceiling was completely covered with a great scene, full of Angels, Saints, etc., but the most interesting thing came later, when reading the information we found in the place, we knew that it was a large painting on canvas, and not just any painting, but that it would be the largest painting in the world.

The truth is that it is made of 40 fabrics joined together, totaling 443 square meters.

The painting is quite dark, possibly due to the dirt accumulated over the years and represents the martyrdom and glory of the Saint. It was painted by the Venetian Giovanni Antonio Fumiani, who was skilled in making theatrical scenographies, and it took to him more than 20 years to paint it.

In the church you can also admire the last work painted by Paolo Veronese, which shows the moment of the conversion of San Pantalón after having resurrected a child who had died from the bite of a snake.

Another painting that I liked very much for its bright colors was the virgin’s coronation.

But who was San Pantalon ?. He was born in Nicomedia, now Turkey, at the end of the third century. He was the son of a rich doctor, a profession to which he also dedicated himself, becoming a doctor of Emperor Galerio Maximiano, however possibly the fact that he did not charge for his services and that with God’s help he managed to cure almost everyone, aroused the envy of many and was denounced as a Christian during the persecutions of Diocletian. His torturers tried to kill him in various ways but failed to take his life. Only after he forgave them for what they were doing, they managed to decapitate him. According to Christian tradition, the death took place under a dried fig tree, which flourished upon receiving the martyr’s blood.

San Pantalón, is a simple church as its patron, which does not seem anything special from the outside, but which contains really interesting works of art. 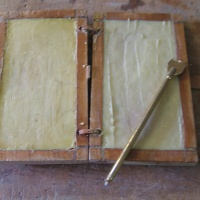 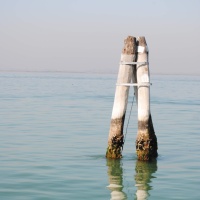 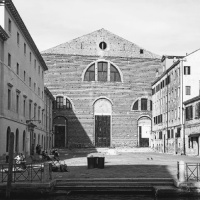 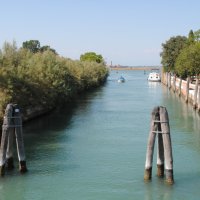